Jump To:
History of Pokies Free Pokies Common Terms Gaming Buttons Paylines Tips & Strategies Conclusion
Welcome to this page, which is devoted to online pokies. For those of you who might not be familiar with pokie games and internet pokies let us clarify that the term ‘pokies’ basically means slots and is primarily used in Australia. Take a few minutes in order to learn interesting and helpful pieces of information related to the history of pokie games, Australian online pokies, why and how to play, what to keep in mind in terms of different variations, bet sizes, pay lines and strategies that can increase your chances of winning, as well as common terms and gaming buttons. Enjoy!

More and more people around the globe enjoy playing slots also known as pokies in Australia. When it comes to gamblers in Australia, they are fortunate to have access to a remarkable variety of online casinos offering a wide range of online pokies for all types of play styles and themes. So, it does not matter if you are fond of the classic 3-reel pokie game or the popular multi-pay line and 5-reel machines, which are associated with various bonuses. In any case, you are definitely going to come across a variation that meets your expectations. Also, it is nice to know that in addition to playing pokie games for free you can play pokies for real money, too.

History Of Pokies In Australia 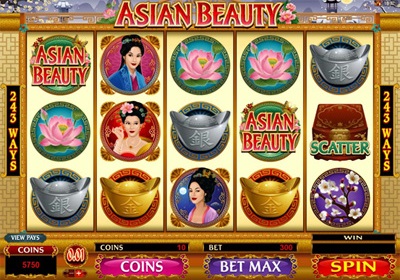 The American Charles Fey was the person who succeeded in developing the very first pokies machine, called Liberty Bell. Having in mind that until that moment in time the only games that were offered by casinos were classic table games, it is not surprising that this game became hugely popular despite its simplicity. The first Australian pokie game, called Clubman, was developed and released in 1953 by Ainsworth. No improvements and innovations were introduced to the one arm bandits until the 80’s when the pioneer video slots were produced. Thanks to the five reel screens players were already able to increase their chances of winning. What happened in the next decade or so had to do with the legalization of pokies machines and their release into pubs which helped them gain even more popularity in Australia. As far as pokies are concerned, as a result of the computer boom, some of the most reputable software developers released the first online slots in the nineties. Step by step they were made more and more colorful, funny and diverse. The next innovation was associated with the creation of mobile pokies option that allows players to enjoy the excitement of the games on the go. As you can see, online Australian pokies basically changed dramatically the online casino industry, so that Australian virtual casinos already let players pay in Australian dollars when they take part in slots. 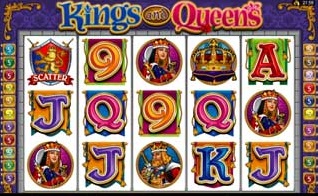 It is not uncommon for players to look for casinos that will allow them to play games for free without having to invest real money. Fortunately, when it comes to pokies, there are multiple opportunities to do so. What is more, the most reputable online casinos enable users to first try out pokies for free, so that they know if they like them, how they work, what it takes to benefit from bonus rounds. However attractive it might seem to find a No Deposit Bonus we need to warn you that you can rarely come across such bonuses. Even if you do so, it will be in the form of free spins. On the other hand, playing for real money goes hand in hand with attractive advantages, too. Such pokies are associated with multiple features like Multipliers and Wilds, thanks to which players can end up winning amazing jackpot prizes. However entertaining table games might be, there is no doubt that there is hardly anything more thrilling than spinning the reels of a pokies machine. As far as the top software providers of pokies are concerned, they include Ainsworth, IGT, Aristocrat, Playtech, NetEnt, and Microgaming. Taking into consideration the excitement of the game, the diversity of options, the attractive prizes, as well as the free spin gifts, it is understandable why so many players are keen on pokies, isn’t it?

The next aspect related to pokies that we would like to bring to your attention has to do with some frequently used terms, as well as the meaning of the main buttons you will come across as part of the game. Let us start with the terms: 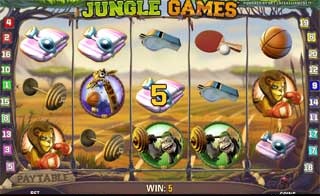 Now that we checked the most common terms associated with pokies let us also take a look at the gaming buttons. Here is all you need to take into consideration:

What About Paylines, Bet Sizes And Bonuses 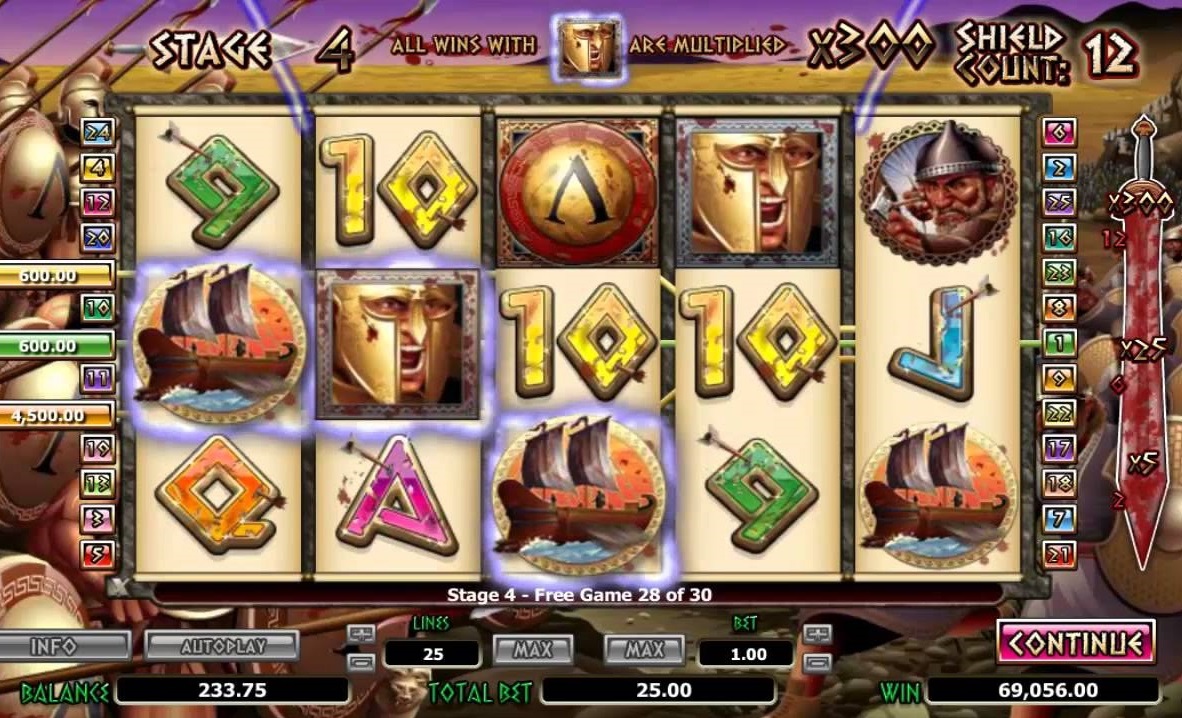 Before we take a closer look at some precious strategies that can help you increase your chances of winning when playing pokies, let us say a few words about bet sizes and pay lines. While the classic one-armed bandit was associated with a fixed coin value, modern pokies go hand in hand with flexible coin sizes that can vary between a couple of cents and a few hundred dollars. What is more, it is important to stress on the fact that you are capable of wagering more than ten coins per line. On top of that, thanks to the so-called ‘gamble feature,’ it is possible to double or quadruple your winnings by choosing a suit or a card color with a respective chance of winning. As far as pay lines are concerned, you may come across pokies with between 3 and 243 pay lines. What needs to happen so that you can end up winning is to have the right combination of symbols fall into one of the lines. Naturally, enough the more pay lines there are, the bigger prizes players can win. Regarding bonuses, it is nice to know that there are specific bonuses tailored especially for fans of pokies. A lot of online casinos give users the opportunity to benefit from free money to play pokies. We also like that in order to play free Australian pokies you often do not need to register or download anything.

However, random pokies might seem there are strategies and tips that can help you reduce your losses. The first piece of advice we can give you is to set out limits related to every single element: time, bankroll, loss limit, as well as how many times you are ready to keep on spinning the reels even if you do not win. Even if it appears to be counter-intuitive, it also helps to know your acceptable limit so that you stop before you undertake unnecessary risks and lose your wins. 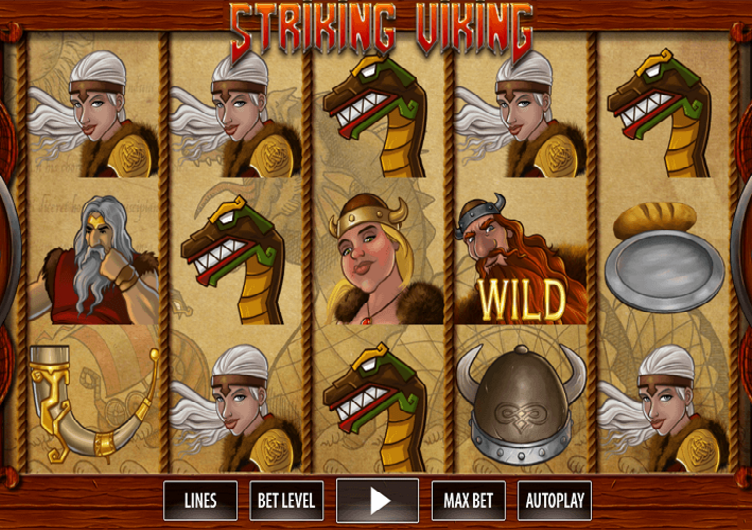 What we also consider quite important is to find out which the most suitable pokies for you are. You can figure that out by making sure the wager limits are appropriate for your set bankroll. Also, it matters whether the particular game appeals to you visually, as well as what kind of promotions and features you can gain access to. So, it helps to be familiar with the specifics of the various features available on the market (from generic ones like scatter symbols and wilds to unique features). For instance, you have the opportunity to use the auto spin function as a way of getting the feature play instead of you. No game can be mastered in the long run unless you know the rules. Australian pokies are no exceptions. As you will probably agree, it matters whether you play on a random or a progressive jackpot. Let us take the progressive jackpot as an example. In this case, it is extremely relevant to be aware that there are titles which will only allow you to win the jackpot if you choose to put the maximum wager on 100% of the pay lines. In addition to this, it helps to look for pokies machines that have coin values of low denominations so that you can place the max bet without breaking the bank.

What can also help you get some practical experience before you start investing real money is to start with playing free pokies. On top of that, the betting systems play a role that is not to be underestimated, neither. Some of the few betting systems that can support you in the process of keeping a hold on your wagering are the following: Play and run strategy, Baby steps strategy, as well as Ladder strategy. To sum up, make sure you set a budget before you even start the game. Avoid increasing your wagers if you happen to lose, as well as using money that was supposed to cover other expenses such as bills. Decide in advance what kind of time limit you need to set to yourself for the play and stick to it. Remember that each session can be regarded as a random event and consider stopping even if you have not come across a failure so far.

In the end, let us once again go through the main points we covered in this article devoted to pokies. As we already mentioned, pokies is another term for online slots primarily used in Australia. Some of the top casinos that provide you with the opportunity to play high-quality Australian pokies online are Golden Riviera, Casino Mate, Tangiers Casino, Crazy Vegas, All Slots Casino, Lucky 247 and Royal Vegas. Also, we raised awareness of getting familiar with the meaning of the main terms and buttons, as well as rules and helpful strategies before you actually start playing. And in order to do so, it is good to make use of the free trials and other opportunities to play free pokies so that you can gain some experience. Last, but not least remember to set some limits to yourself so that you can enjoy the excitement that goes hand in hand with the game without undertaking unnecessary risks.
December 9th, 2021 | Dorothy A. Smith
Types Themes Software Video Poker Country Blog