Quick jump is not available!

People without gambling awareness risk to become victims of betting addiction. The bookmakers of the gambling industry make profits from each wager a player places, while the gamblers take all the risk. The addictive nature of casino games is something you should never underestimate, so pay attention to the following facts in order for you to bet more responsibly:

Slots are one of the most famous games because they combine the gaming principles of roulette and poker. Just like playing cards you need the right set of symbols, which order randomly with each spin. You don’t have to make a guess, any row of same signs can bring victory. However, people forget the major risk – each reel spins on its own. Playing a single game of slots is like betting on several roulettes at the same time, where the goal is to get the same sign on each of them. 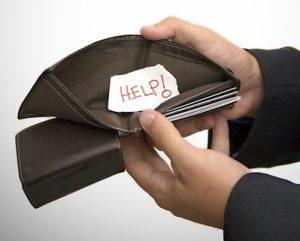 It is true that sooner or later the online slot machines will make the right combination. Gamblers believe that can happen anytime once they start playing. This is how people get tricked into thinking that winning at slots is easy. The truth is that gamblers can only bet only on their luck, because the amount of times they try can take forever. You can spend all your money on spinning the slots but end up losing everything.

The gaming quality of the online slots is a major factor. The variety of graphics at the different games makes gamblers want to try each of them. Bookmakers pay a lot for illustrations and colorful schemes to recreate the effect of exploring a gallery of images. The spinning of the reels itself has a hypnotic effect, because people get excited just by watching it. The quickness of the game makes gamblers more eager to play faster, as well as more desperate and impatient with each attempt to score a big win quickly.

The gaming variety is huge. Operators offer so many games to give the players a choice where to bet. People think that the more games they play the better are the chances to win. In reality this leads to losing a lot more money and spending the betting limit faster. It’s good thing that once a gambler loses he can get another chance immediately or he could just pick another game. However when you change the game the odds won’t get better, you just continue spending your money.

Some people would do anything that could bring them a big financial income without any effort. Everyday the gambling world offers big money jackpots and prizes, which not only attract new gamblers but keep the current ones interested. The possibility to get the grand prize makes players value the risk as worthy just because they can compete for easy profit. The low cost to start a single game has such a small cost, that gamblers don’t count how many attempts to win they make and exceed their limit without realizing it.

Jump to the top