Jump To:
Where to Find Play on the 7-Reels Rare 7-Reel Slots Give Them A Try

On this page, we will share with you more about 7-reel slots, what they are and why and how to play them. These slots are for those gamers who ascribe to the “more is never enough” theory. The seven reel slots are also a nice change for anyone who likes 3 and 5 reels slots.

Come join the latest trends in these casinos!

What are “reels” you may ask? These are the verticals which move when the player presses the spin button on the control panel of the slot machine. The next question is why play 7 reels when 3 or 5 are enough? The answer is that the more reels, the more ways to win the game.

Number 7 is a lucky one for many people they believe that this number can bring great payouts. And for some of them it really works. The game is designed in such a way that a player can get at least a small win on each spin. Most of the 7 reels slots also feature the number as a symbol on the reels.

Where to Find Seven Reel Slots?

While the 5 reel slots come in a large variety, there are only few seven reel games on the market. They cannot be found in land based casinos that is why they can be played online only. For those interested in trying these games there are sites using WGS Technologies or Real Time Gaming software which offer them. Having in mind that new slots are launched on a weekly basis it will be no surprise if more slots makers start developing and offering the 7 reel variant.

The difference between playing a seven reel slot and any other game is minimal. The first step is to choose a wager, press spin and repeat this until you get the desired result. Things are quite simple as the 7 reels slots only have seven pay lines and do not have too detailed graphics, animations or videos which are the focus of their 5 reel counterparts. However, you will be able to find free spins, multipliers, and symbols that boost the credits on winning combinations.

Below we will discuss some of the important questions regarding the 7 reel games.

Why should I play Seven Reel Slots?

The online casino slots world is dominated by the 5-reel variant, and we have already mentioned several of the possible reasons for that. Managing to follow and play a 7-reel slot is challenging but also gives players the chance to enjoy something new and different from the variants they are accustomed to seeing.

The interface of the game is different, and while some players consider the change of play a difficult thing, for some it is a breath of fresh air. 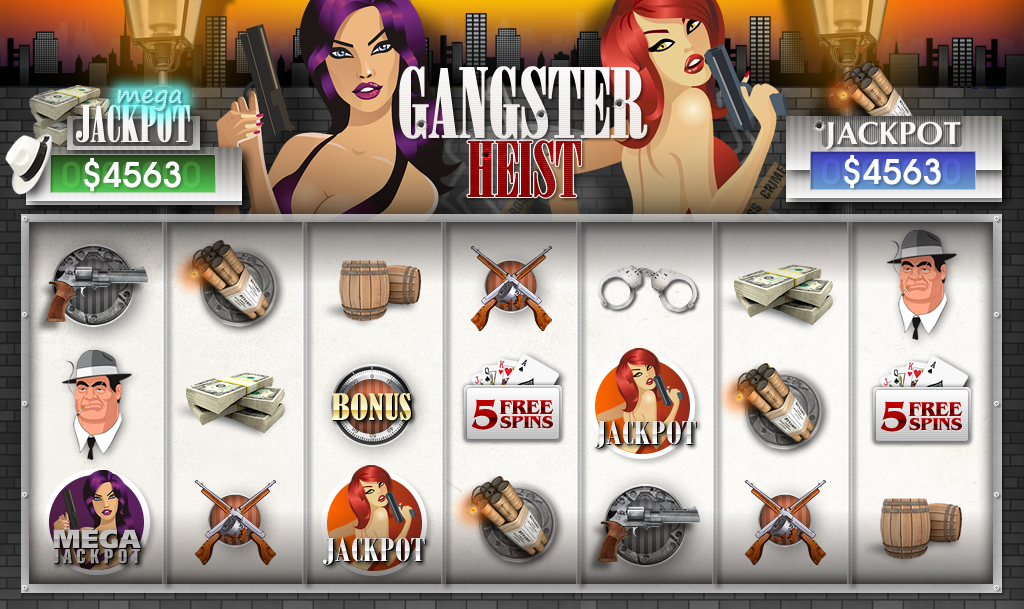 The 7-reel slots tend to be infamous in the gaming world, but if you come across one, try it out. A higher number of reels means that there is a stronger possibility to create longer winning combinations, therefore the chance for bigger payouts. Moreover, this variant presents a brand new dynamics which some players enjoy quite a lot.

After having played 5-reel slots for a long time, advancing to a 7 reel game seems logical having previously increased from three to five reels. In this sense, players expect that the newest game variations with have more intriguing extras that those found in the 5-reel products. However, the small number of slot games on the market with seven reels offer limited extras like bonus features. This is a bit of a shame as this would draw more players to the games.

There is an appeal to spinning seven reels instead of five, but do not expect to find dramatic features, bonus rounds or stellar gameplay. What you will get is a base game with 7 reels and a standard visual appeal as compared to other slot variants you can play online.

Why are 7-reel Slots so Rare? 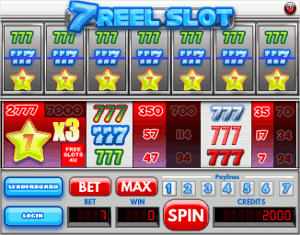 The main possible reason why 7-reel slots are so hard to find is that they are unique to the providers Real Time Gaming and WGS Technology. This slot variation was one of the innovations they decided to develop and present to the public, so it is logical that is a product only they create and offer.

One or two other providers have tried to create such a variant, but the fact that the 5-reel games are much more popular among players does not encourage the development of these brand new variants.

WGS Technology seems to have the edge on the 7 reel products, so the best place for searching for this variant is the developer. As we have already mentioned, there are not a lot of these slots available in the online casino industry, but you can still find games like ‘Farming Fortunes’ an animal-themes game and ‘Lucky 7s’, a game with classic slot icons, here and there.

Give Them A Try

After we checked the small selection of 7-reel slots game available we realized that the possible reason why they are not so popular is because there are too many reels to follow. Five reels seem much more optimal with a nice interface, combinations featuring a small number of symbols, they are easy enough to keep track of. When playing a game with a higher amount of reels, it can get hectic and confusing and this is probably the reason why players tend to go for other slot variants. However, if you come across a game of this nature it is worth trying because you never know, it might just be the right one for your taste.

It is true that nowadays the choice for online slots in endless? Of course different people like different games, that is why this diversity is a good thing. If you are used to playing 5 reel games but you are in for something new and a bit different you should give 7-reel slots a try. Enjoy the game!

If you think that 7 reels is just too many, try one of the variations below.